Dr. Who by Mark Pacich 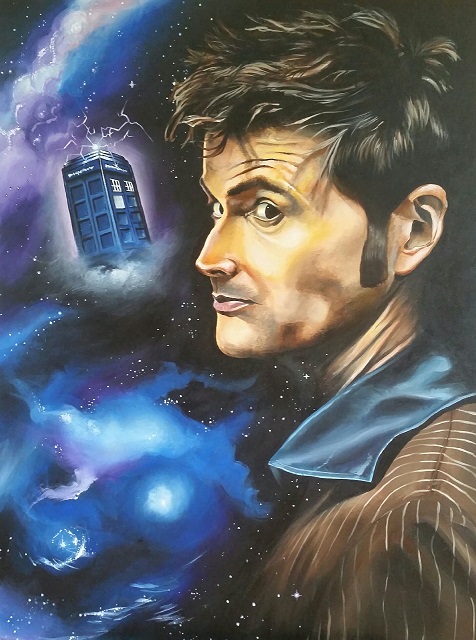 Mark Pacich was born and raised in Pittsburgh, PA., but moved with his family to Tampa, Florida in 1987. He has been in Florida ever since, and has lived in Avalon Park since 2011. He graduated from the University of Florida in 1993 with a Bachelor of Fine Arts degree, and has studied in school, and privately, almost every form of art discipline that there is. For the past 8 years, he has concentrated his talents mainly on portraiture, and more specifically, the depiction of famous popular culture figures from movies, TV, and the Comic Book world.

Mark has most recently spent his time participating in the very popular comic-themed conventions (Comic-Cons) that occur every year in and around Central Florida. In doing this, he has had the unique opportunity to share his works of art with very large and dedicated audiences, and also with the actual actors and actresses that he depicts in his paintings.

Mark describes his work as simple realism. He says, “The paintings that I do don’t have to look exactly like the character or person in real life, but in order to consider my piece “successful”, the painting DOES have to capture the essence and spirit of that character or person.”

Be the first to review “Dr. Who by Mark Pacich” Cancel reply 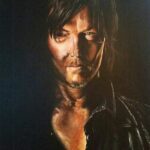 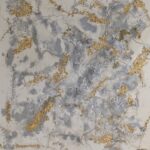